Who broke the build? — Using Kuttl to improve E2E testing and release faster


No one wants to be responsible for breaking the build. But what can you do as a developer to avoid being the bad guy? How can project leads enable their teams to reduce the occurrence of broken builds?

In talking within our own teams, we discovered that many developers weren’t running sufficient integration E2E tests in their local environments because it’s too difficult to set up and administer test environments in an efficient way.

That’s why we decided to rethink our entire local testing process in hopes of cutting down on the headaches, heartaches, and valuable time wasted.Connecting Kuttl to CI builds has empowered our developers to easily configure a dev ENV locally that accurately matches the final test ENV .

Nutzen für den Teilnehmer:
In this session, we’ll discuss how we use kuttl to achieve more streamlined testing and fewer broken builds. We’ll cover:
● A quick history of our testing challenges and what led us to Kuttl
● The benefits of our new testing approach — easy to configure and minimal investment
● How we combine Kuttl and CI pipelines for more streamlined testing and fewer broken builds

Behandelte Problemstellungen:
1. When and why we decided to rethink our e2e testing practices and our subsequent discovery of Kuttl.


Why Kuttl has been the perfect tool for our developers to perform better local integration/e2e testing without the burden of becoming their own CI administrators.

A detailed account of how we utilize Kuttl to set up development environments locally that match our final test environment in order to reduce unnecessary commits and minimize CI build breaks. 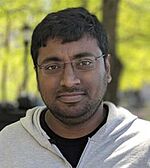